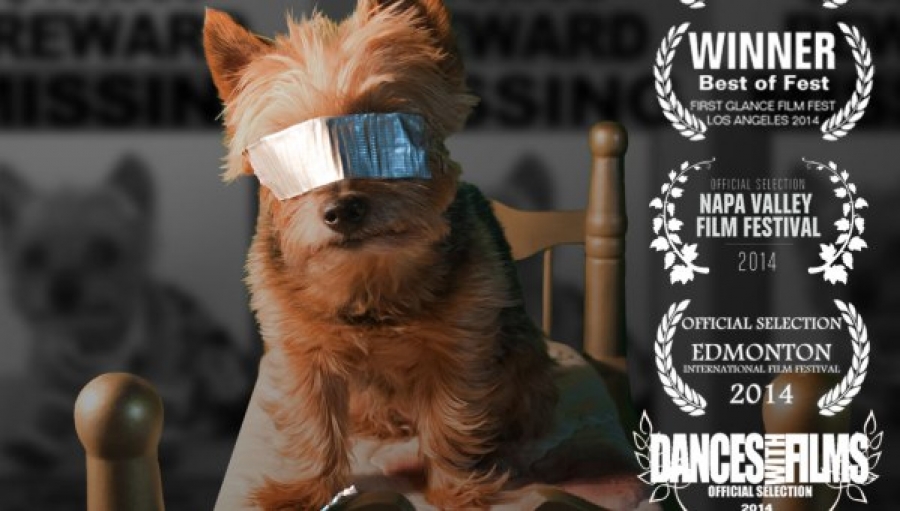 LOS ANGELES — Gone Doggy Gone is a comedic feature about an LA couple who treat their dog like a baby until it gets kidnapped. What ensues is an outlandish cat-and-mouse adventure as they hunt down the kidnapper, enlist a schlubby PI, and possibly even conquer their fear of parenthood.

Kasi had a dogwalker who began to bring her dog, Laila (also starring in the movie), home later and later after visits. She took Laila to the movies, grocery store and even her waxing appointments. She called Laila her BFF. This relationship, prompted the film’s creators to ask, what if she just decided to keep Laila for herself?

With ‘Gone Doggy Gone’ writer/directors Kasi Brown and Brandon Walter set out to comically explore how people use pets to avoid dealing with their relationship issues. They thought it would be interesting to apply very serious iconic kidnapping movies, Ransom, Silence of the Lambs, Gone Baby Gone, to a couple who consider their dog to be their “baby”.

Gone Doggy Gone is available on iTunes, Amazon, Best Buy, and the usual places. It won 18 awards on the festival circuit and screened this past summer at Arena Cinema Hollywood.

Staff Room is Comedy Central UK’s first streaming series. It's the story of hapless Ian Butterworth and his lothario best friend Julian Wentworth-Farlington, two teachers who are breaking every rule in the book.

Life Coach Leo Darwin appears to have everything. A thriving practice. A best-selling book. A beautiful wife and child at home. In reality, he’s being evicted from his office, his marriage is a mess, and his six-month old baby doesn’t have a name yet. His new client is about to have a breakthrough overcoming his fear of women. But the woman he’s fallen in love with is Leo’s wife. WATCH Darwin

Goodnight Burbank is a comical look at LA's local nightly news scene and the NSFW topics the anchors talk about off the mic. It is the web’s first full-length sitcom commissioned by Hulu. After premiering on the streaming service in 2011, the show was quickly picked up by Mark Cuban's HDNet cable channel.
Scroll back to top